My opponent was running a fluffy vanilla marine drop pod list. Since I feared those drop pods, I null deployed. He had first turn and dropped in the command squad and some sternguard vets next to one of the three objectives. Frankly I don't think this was the optimal move for him. 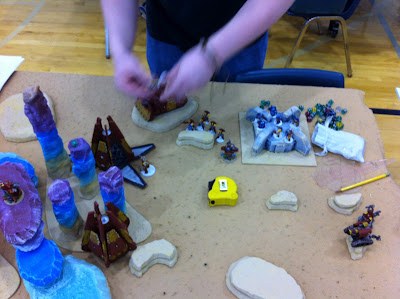 I rolled very well and brought most of my army onto the board on turn two. My buggies roared onto the table to face off with a vindicator on the far side of the table. 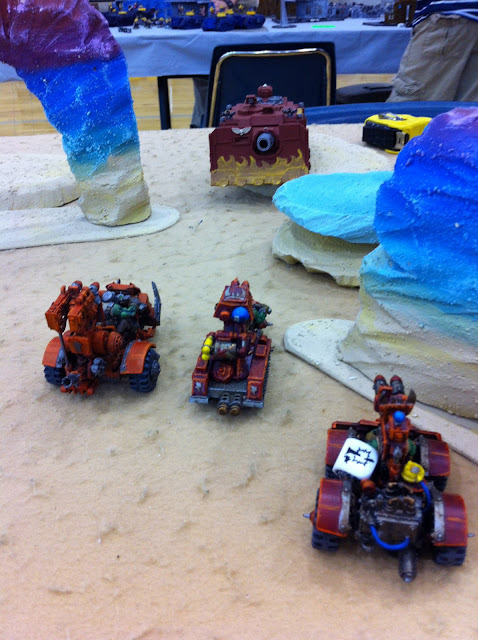 One of my trukk mobz gunned the engine and closed with the objective at the center of the table. It was perched atop the natural bridge. 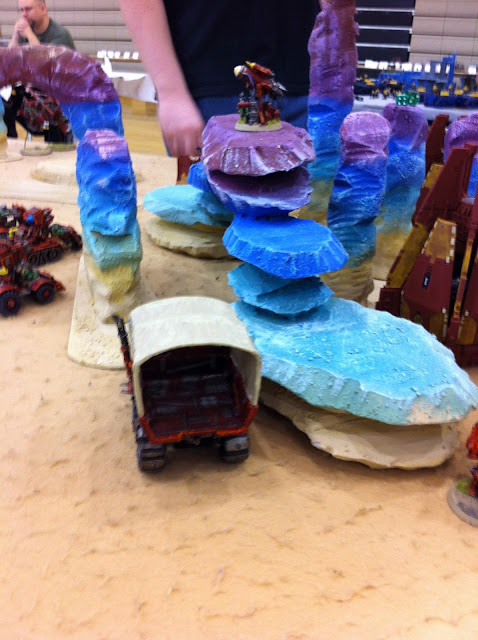 My battlewagons roar into enemy lines. The deffrolla and burnaboyz make short work of the command squad. Ghaz and the meganobz hoof it toward the sternguard after their ride gets popped. 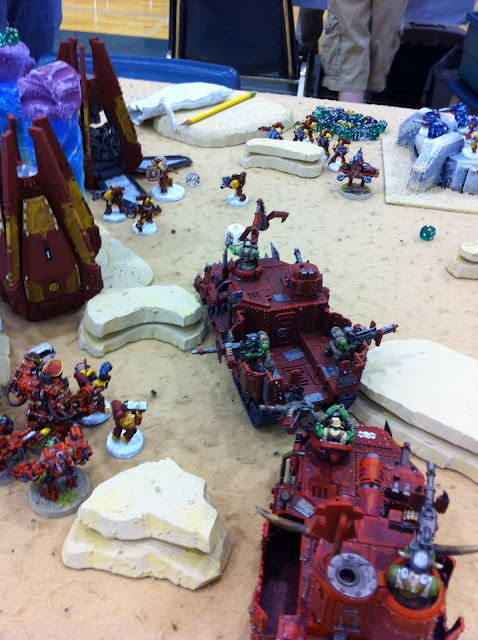 The kommandos come in on turn three and take the battle to my opponent's board edge. 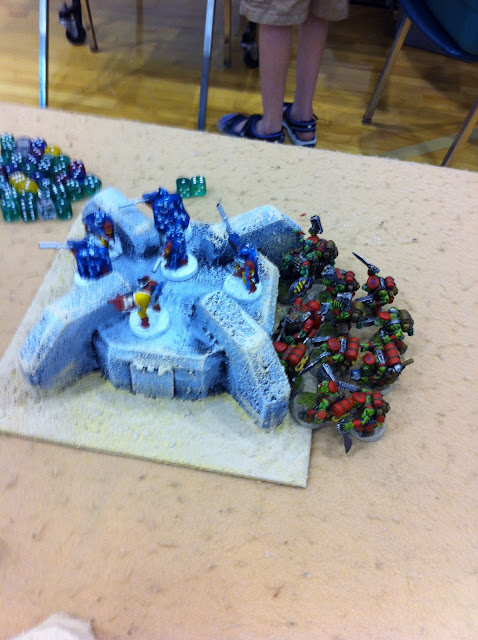 The surviving marines are surrounded on all sides by Ghaz, the battlewagons and the kommandos. 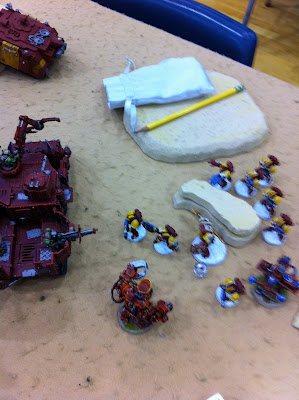 There they are boyz! 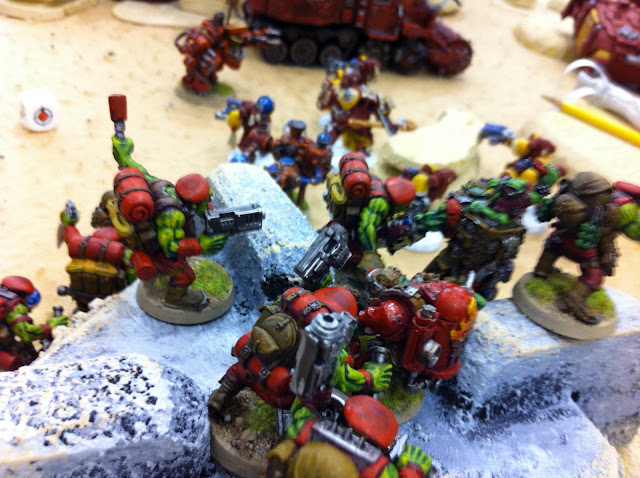 The trukkers finally finish scaling the heights of the center terrain piece and claim the final objective for the win. Orks win! 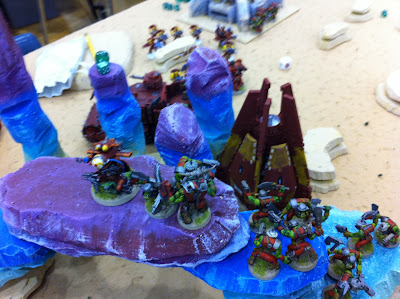