My fifth round opponent had a gorgeous Blood Angels army on a detailed display base. This was going to be a good one. 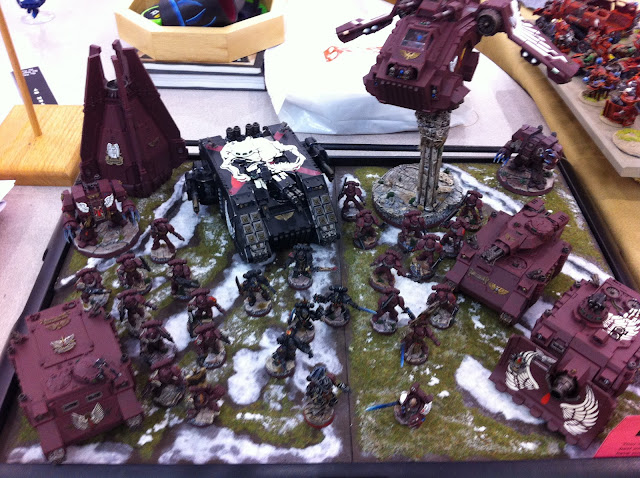 I got second turn and outflanked the kommandos and the koptas. 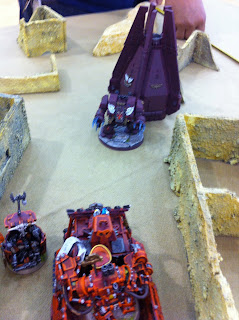 Ghaz storms the center f the board and a dread lands in a drop pod right in front of him. 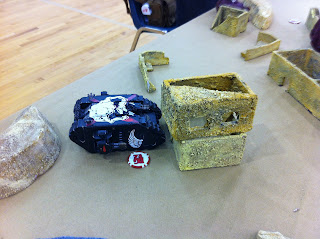 The Death Company skulks behind a building. 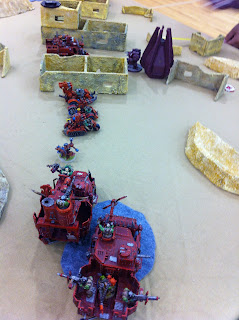 The wagons close with the dread. 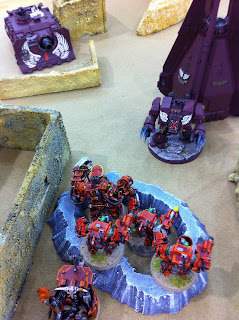 The meganobz' trukk is slagged by the dread. Ghaz and the nobs are left in the resulting crater. 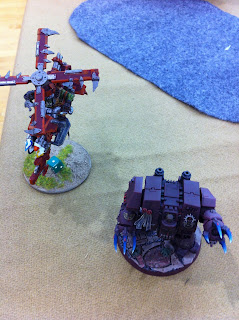 One of the koptas comes in and take a pot shot at one of the dreads. 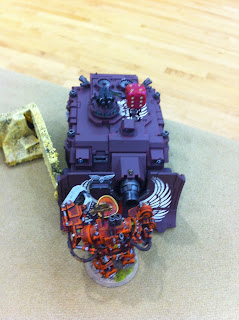 Ghaz charges the vindicator after smoking the dread. 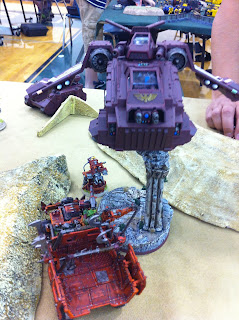 The trukk takes a shot at using the wrekkin' ball to hit a stormraven. Epic! 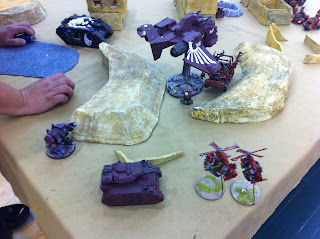 The koptas are in the sights of the outflanking blood angel tank. 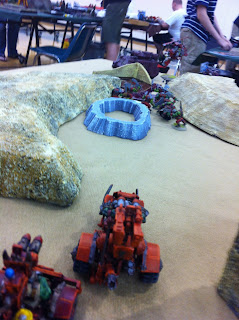 The buggies line up their shots. 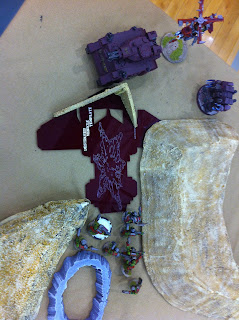 The raven finally takes a dive. 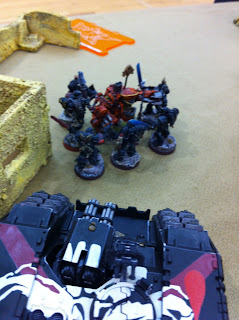 The death company gets revenge on Ghaz. 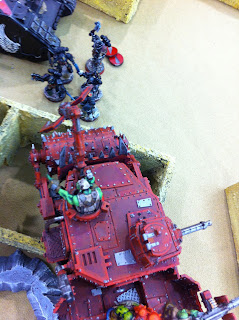 Then the burna boyz barbeque the death company. 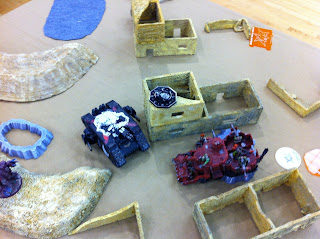 Game over. Orks lose by a narrow margin.