My first game of WH40K 6th edition (Orks vs Necrons) 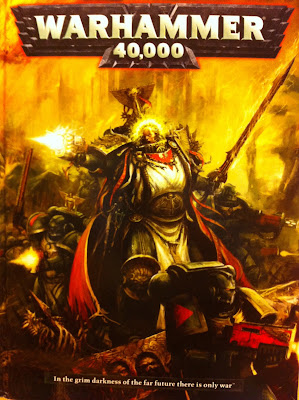 For my very first game of 6th ed, I played my friend Eric's Necrons. Since the Ork FAQ put some teeth back into tankbustas, I mounted up a unit in an open-topped battlewagon. I fielded a couple of small units of loots and my standard meganobz mob in an armored trukk. 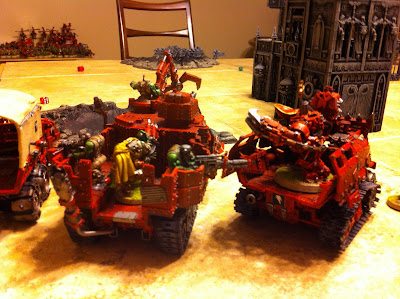 Turn one, I raced the boyz toward the enemy deployment xzone to get the krumpin started. 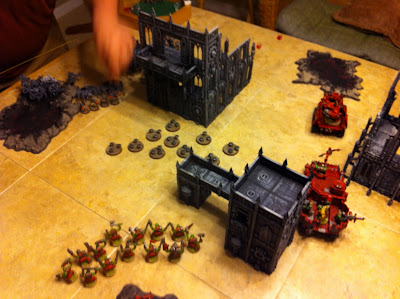 I stationed the loots in a conveniently high vantage point for clear shots at the central potion of the board. 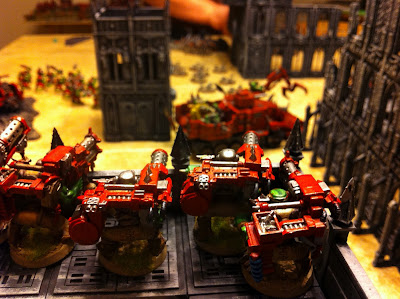 I learned the hard way the scarabs + battlewagons = walking tankbustas. 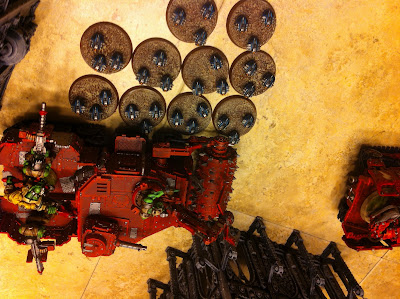 The necron lord in the "chariot" jumps over my meganoz and lays into my warboss. 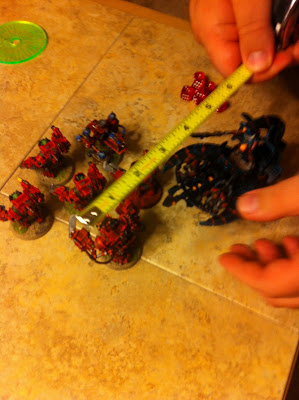 The smoke from one of the trukks obscures the view on the remnants of the meganobz making a final stand on my opponent's objective. 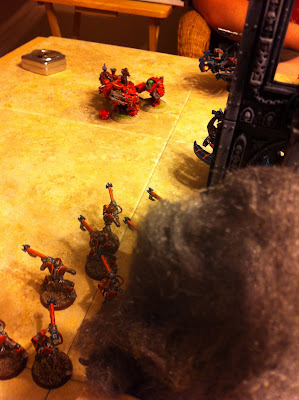 The meganobz trukk speeds to a position behind the necron chariot for a rear shot, but it was not to be. 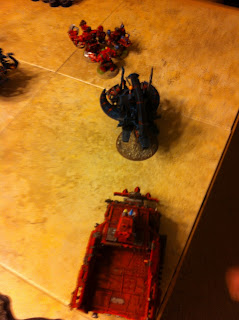 After 3 brutal rounds of close combat, the tankbustas are taken down by the scarabs, the my shootaboyz  gun down the surviving scarabs. 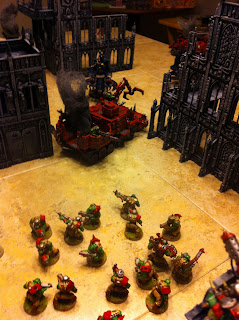 The stormboyz finally make an appearance in turn five, just to be gunned down by deathmarks. Deepstriking these boyz was  big mistake. 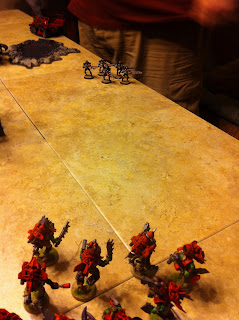