I returned to Omaha last weekend for my second Bugeater GT. Once again, the event was the highlight of my 40k year. I'll break down the reasons why below.

I brought my orks again, though it was quite a different list from last year. Although I ended up with a one and five record, I still had a great time. Here's the army I fielded this year. 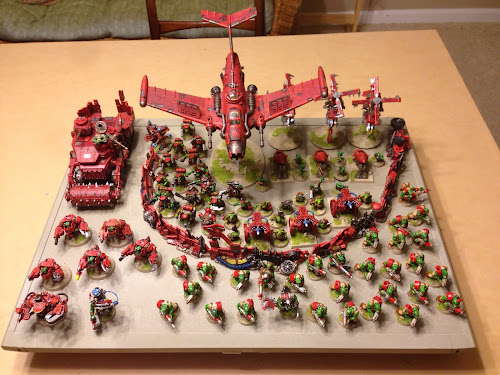 The venue was the same as last year at Millard West High school in Omaha. Other than the prohibition of adult beverages, this location has some definite advantages.

First, there was plenty of room. I hate being shoehorned into a space where I constantly bump other players and have to balance my display board precariously on a table corner or shove it out of the way where I can't get to everything easily. Well that certainly was not the case here. Chairs were provided at every table. There were round tables between every game table to accommodate armies, books, dice and drinks.

Also, the high ceilings in the gym where the event took place ensured adequate air circulation. This is no small advantage when it comes to gamers.

I took the following picture on Saturday while final set up was taking place. 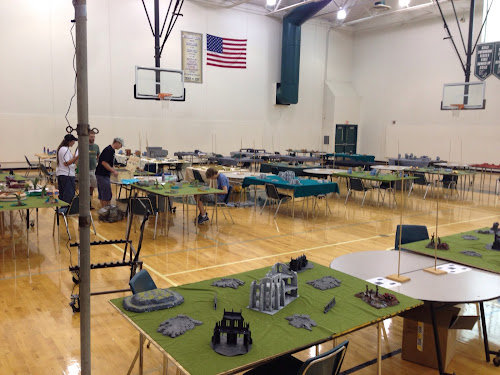 The event itself was quite well run. Check-in was a breeze. We got our swag bags on Friday night. This year's haul included custom dice, a nifty patch, and a bag of bits. I have to hand it to Tim and the other folks pitching in for keeping the event moving. The Fantasy event and the 40k event were time offset to avoid any conflicts. I only recall one round getting off to a late start, but the delay was minor.

The level of painting and modeling at the Bugeater this year was quite impressive. Here are some of the highlights: 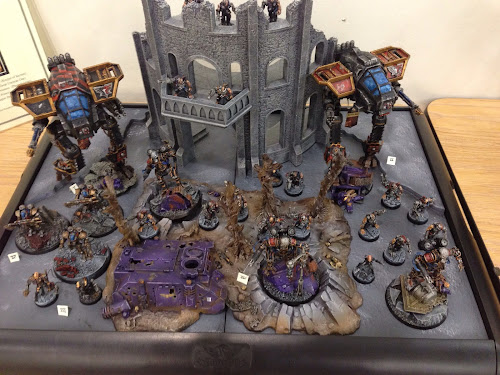 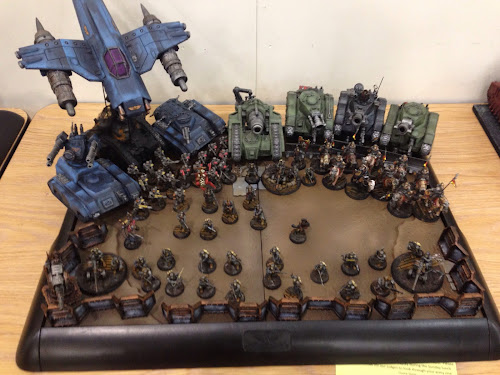 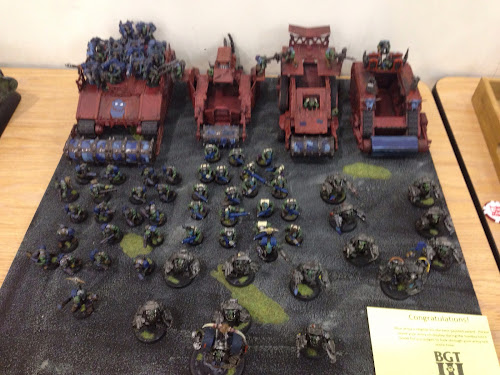 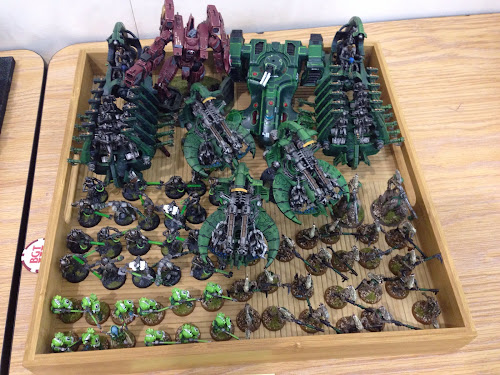 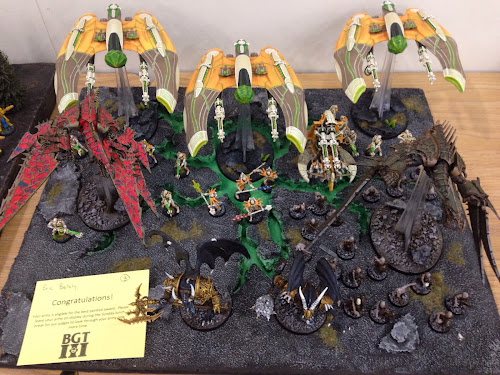 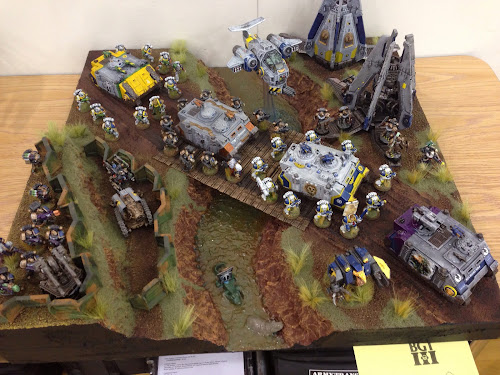 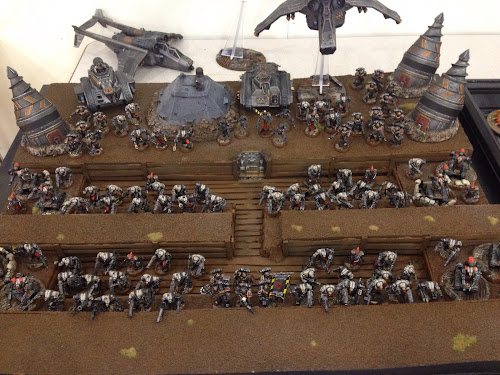 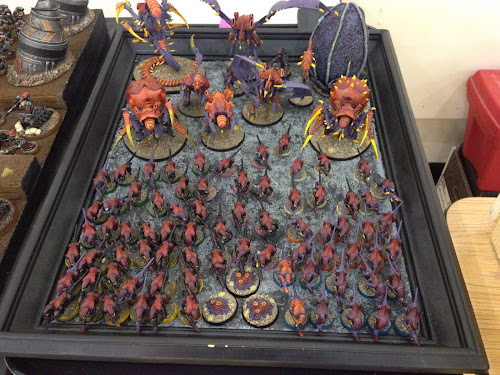 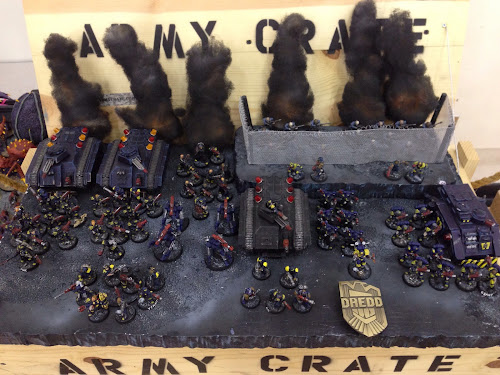 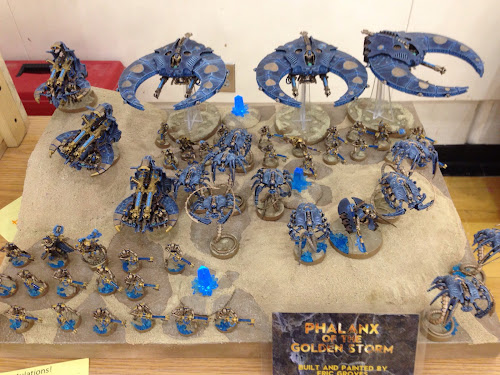 The terrain was varied and provided a good mix of LOS blocking and area terrain. I even stole a few terrain ideas from the tables on which I played. After observing the quality of terrain at some other big events, I think the Bugeater was well above average in this area.

One thing I don't want to leave out is that the attendees at this event were uniformly courteous and enjoyable opponents (at least the good folks I played). I was very satisfied with the overall atmosphere at the Bugeater. It was clear that the bulk of the attendees were there primarily for a good time.

Prize drawings were held between each round of the tournament. I really appreciate the fact that even players like me who weren't in the running for the top spots could still score some loot. I like it when the prizes aren't stacked all on he top tables.

Once again, the debate team was handling concessions. This event is for the benefit of he debate team after all. Just like last year, they did a terrific job serving drinks and snacks. I wasn't able to partake if the meals served at lunch this year, but I heard generally positive reviews from other players who did.

Overall, I can recommend the Bugeater GT without reservation. I had six very enjoyable games, in spite of losing the first five. This event is well worth the minuscule cost of entry. I fully intend to plan a return trip in 2014, hopefully with a new ork codex in hand.