Game one of the tournament, I faced off against a new Tyranid player named Curt. When I say "new" I mean NEW. This was his very first game of 40K!

I was shocked when he opened his case and started pulling out models painted to a very good tabletop standard. They certainly looked immensely better than my first army, that is for certain.

Since this event was intentionally geared towards learning the 6th edition rules, the point values were low at 1000 points. Here is what I fielded.


His army consisted of hive guard, two zoanthroapes, genestealers with a broodlord, and a bunch if termagaunts.
The mission was "The Relic" and I deployed first. The shokk and cannons had a clear field of fire on the relic. He deployed well away. He obviously appreciated the power of ork artillery. 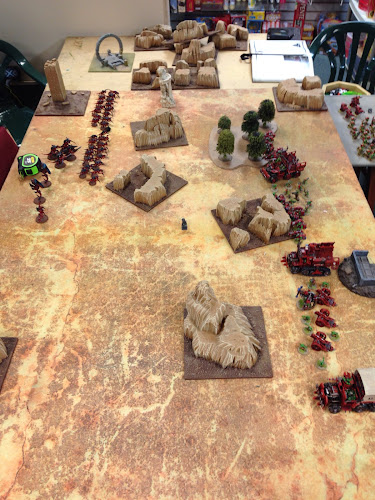 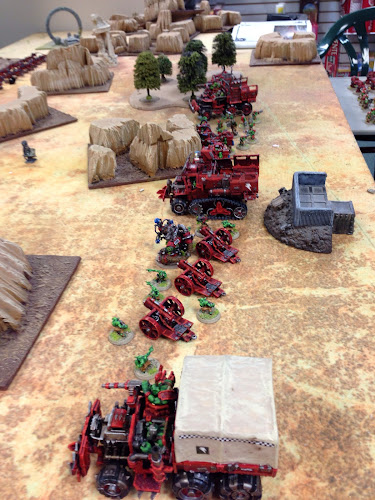 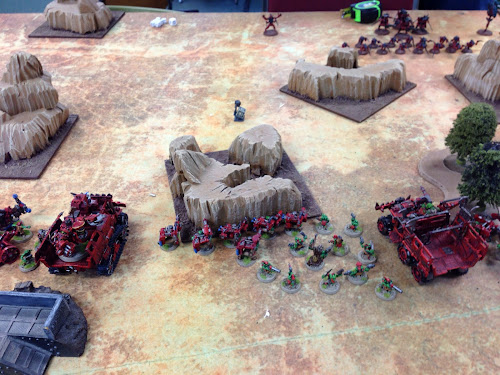 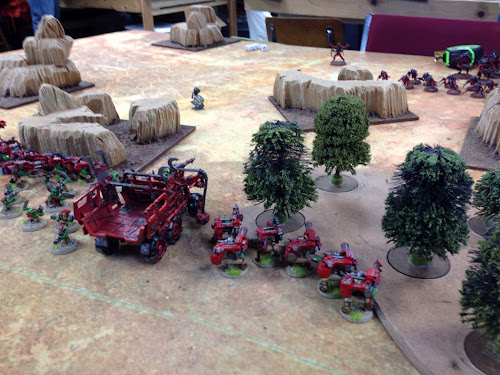 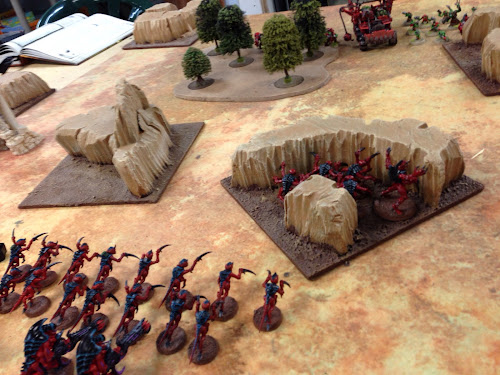 Turn 1, I rush the objective with one mob of trukkers and move the meganobz into position to engage the stealers lurking in the rocks next to the objective. 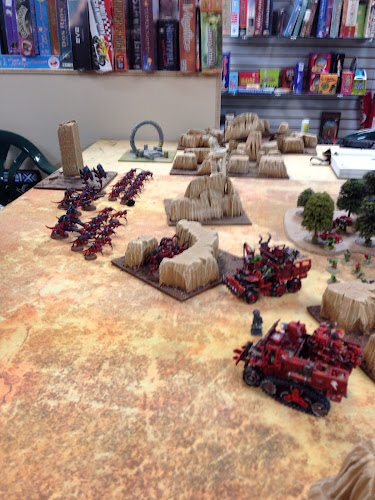 The trukkboyz ride is vaporized by bug shooting, but the megaboss and nobz take out the broodlord and stealers. 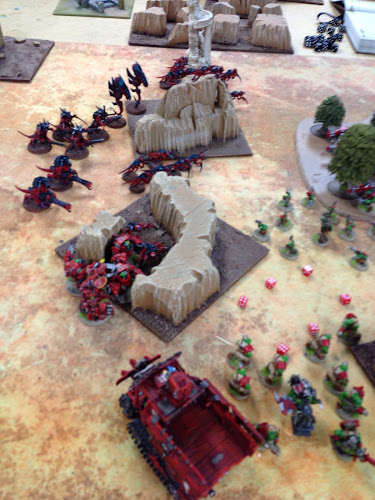 The surviving trukkers grab the objective and head for cover in the armored trukk vacated by the nobz. 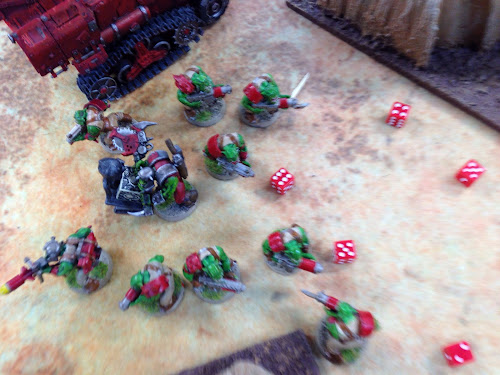 The lootas line up shots at the oncoming hordes... failing to notice the movement in the trees around them. 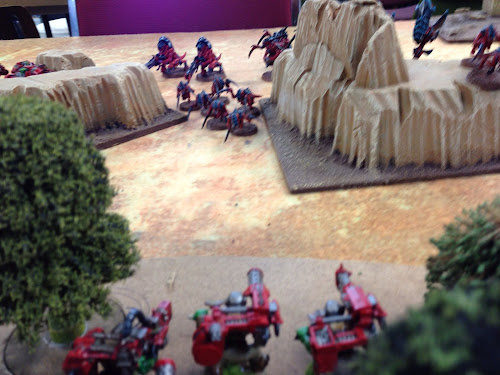 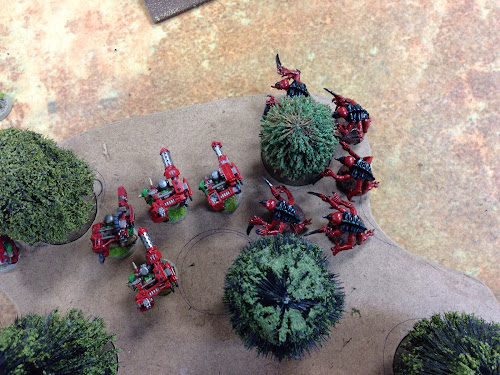 The trukkers shelter in the meganobz trukk with the objective. Meanwhile, the artillery 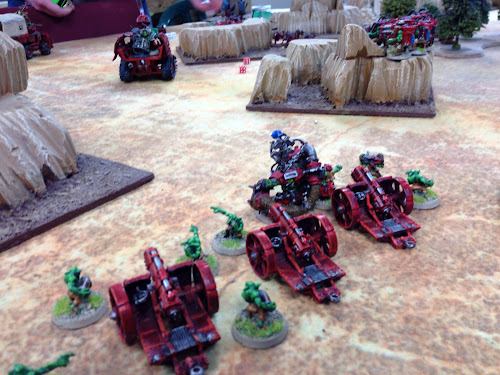 The grots charge into the gap to delay the approaching hormagaunts. 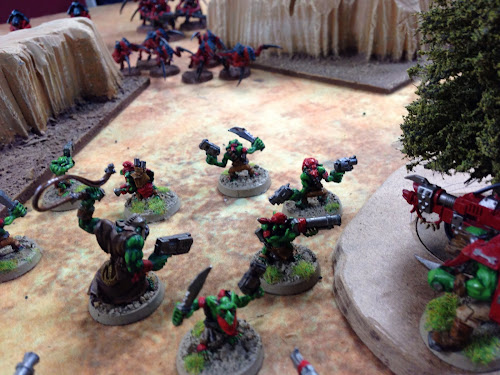 The game ends when the trukk sheltering the trukkboyz is destroyed and the ramshackle table causes it to kareen more than six inches causing the trukkers inside to drop the relic. As a result, bugs win. 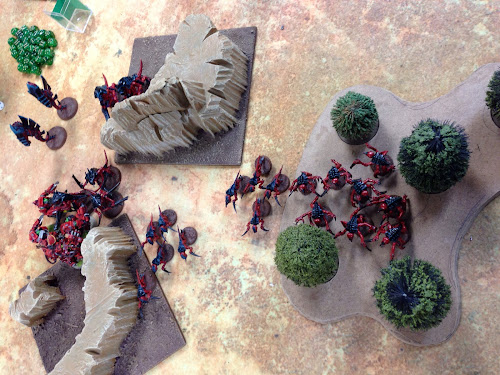 This was quite a tense, enjoyable game. Curt manages to kick off his 40k career with a "w", congrats!

Posted with Blogsy
Posted by Galen at 7:17 PM